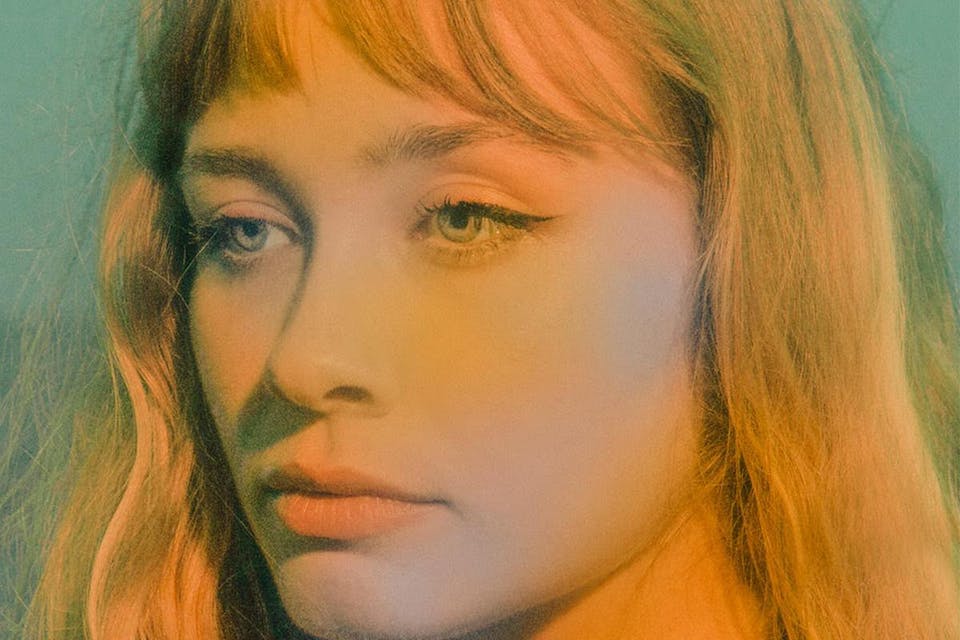 It all started with a feeling of relief. Just after midnight on New Year’s Eve, Alexandra Savior, who was six months out of a rocky relationship and appreciating her independence, sat down and wrote the song that would become “Crying All the Time.” The melodic, heart-rending ballad, she says, “is about how it feels to be in a relationship with a person who’s disappointed in you,” but it’s also a clarion call announcing the arrival of her sophomore album, The Archer, out DATETK. The dreamy, melancholy song, the first single from The Archer, feels at once classic and contemporary; it’s a torch song for a new generation.

“There’s depression and there’s heartbreak,” Savior says of the album’s themes, which play out over 10 haunting tracks. “But each song represents a different emotional state. I tried to project some sort of strength; I wrote during a time when I was a young woman growing into my identity and developing my confidence, and I hope that comes through.”

Her message gets across loud and clear. Tracks like “Crying All the Time” and “Saving Grace” are big songs—ambitious and atmospheric—that put Savior’s ethereal voice and sharp writing on display. “It came from a place of anger,” she says of “Saving Grace,” the album’s writhing second single. “I had gone through a breakup and people kept telling me it was a saving grace, and I found it ironic because I was so heartbroken.” In some of the songs, Savior’s emotions unfold like thunderstorms and envelop everything going on around them. Other numbers, like “Soft Currents,” feel quiet and more intimate, like a whispered secret nobody was meant to hear.

And while Savior shoulders the responsibility for the lion’s share of her output herself, writing her own songs, creating the artwork for her album’s cover, and even filming her own videos, The Archer was created with an indispensable set of collaborators who helped harness her vision. Its Savior’s first release on 30th Century Records, the label run by her friend and collaborator Danger Mouse, and was produced by Sam Cohen, who’s best known for his work with artists like Kevin Morby and Benjamin Booker. “It’s really a joy to work with someone who’s got such a strong sense of melody and of what she wants stylistically,” Cohen says. “It was amazing to go into her world of 1960s B-movie love stories; Alexandra had a vision that really spoke to me.”

Of course, he wasn’t the first to appreciate her talent. The Oregon native first gained industry attention in 2012 when she posted a cover of Angus Stone’s “Big Jet Plane” on YouTube. The playful, haunting performance landed her a legion of influential fans—she ended up songwriting with Linda Perry, who compared her to Fiona Apple—and put her on the road toward releasing her debut album, 2017’s Belladonna of Sadness, which was written in tandem with the Arctic Monkey’s Alex Turner and produced by Simian Mobile Disco’s James Ford. Pitchfork praised the album, saying, “Savior has a penchant for clever wordplay and a voice that can hypnotize, terrorize, or both,” and the Guardian swooned for Savior’s “preternatural self-possession” and “crystalline, intimate voice.”

Still, with The Archer, Savior says, “I felt like I needed to establish my own voice and show my independence again.” A listen to the new album will prove that she’s done that, and then some. It’s not only the establishment of a voice, but a showcase for an extraordinary talent at the peak of her power. She’s already at work writing songs for what will be her next release. For more information, visit alexandrasavior.com.

Pearl Charles lives in the moment, seeking excitement whether it leads her down a dark, dusty road or into the arms of a trouble-making lover. Her full-length debut album, Sleepless Dreamer, describes late night revelry, love affairs, running away and running towards, serenading the sunrise through whirlwind stories of her native Los Angeles, the city, the canyon, the desert, and the road. On a quest to discover the truest version of herself, Charles embraces the feeling of not being settled, a person who always restlessly wants more from life and is willing chase it, wherever it may lead her. Charles has been playing music since she was five years old. At 18, she formed country duo The Driftwood Singers with Christian Lee Hutson, singing and playing guitar and autoharp. At 22, she joined garage rock band The Blank Tapes as drummer. After two fun-filled years immersed in the rock and roll lifestyle, she decided it was time to pursue her own songwriting, and began developing the songs that formed 2015’s eponymous debut EP on Burger Records. Her music career has been a chronological progression from old time music to 60’s garage and psychedelia, and now more 70’s country rock and 80’s smooth rock. Drawn to catchy, poppy hooks and choruses, Charles draws on what she loves about each era while developing her unique style as a musician, singer, and songwriter.